“Give Back To The Community”

First, this has been one of the most common statements made by blacks, that just doesn’t make any sense to me at all.  Secondly, many people who make this statement are usually making it for the opposite reason, ” to take out of the community as much as they can”.

I have to admit that I don’t even know where this statement came from but have heard it enough to make me gag.  It seems like another cliche we used for every problem we encounter in our society.   All you can hear from black politicians, community leaders, business owners and a list of other characters when presented with something to say about our terrible condition or plight, this is their most used quote “We Need To Give Back To The Community”.  Nothing original, creative or current at all.  Nothing concrete!

If there were ever a real commitment to giving back to the communities, god knows these communities would not still today suffer the worst statistics on every level in every category that has to do with a better life.

The question you should ask yourself is “what is giving back”?  If you were to ask any person who makes this statement about giving back, many couldn’t even provide a really solid answer. And worse of all, if you were to ask them what were they actually doing concretely to give back to these communities, you would come upon dead silence.

The fact is that “this giving back” term is not used by any other group but us when it comes to our community. Why?  Because no other groups other than blacks are preyed upon and used up by every single group in this country, including our own people.

In all of this “Giving Back”,  ( Which does not exist by the way ), what is the net effect of all of this giving back?

These communities have the worse schools, worse housing, dirtiest neighborhoods, highest crime rate, lowest paying jobs, highest poverty rate and worse health conditions than any other communities.   Read Complicit or Self Inflicted! And with more blacks politicians ( mayors, council members, legislators, community leaders ) black principals, teachers, administrators, black business owners, black lawyers and the thousands of black churches that dot all over these communities, where is the giveback.

Again, where is the evidence?

Don’t you think that if anyone, and I mean anyone who were actually interested in “giving back” and have “given back” where it counts to these communities, our conditions in our neighborhoods would not be as hopeless?

The churches failed us the most!

At one time, there were literally hundreds of churches in various Philadelphia communities, collecting offerings and tithes from tens of thousands of blacks. The men and women who lead these churches didn’t see fit to put one single dime back into the community  they served to improve the lives of  people in those communities where it counts.

How do I know?

Not only were they not “giving back” they were giving forward. When they moved to their new communities, they shop at their stores, put clothes in their cleaners, had their automobile serviced and supported many of the businesses in the community.  Now they still could have given back to the communities they left, but something else had occurred. They developed the same attitudes toward the people left in those communities as others have held for so long against them. Oh, they don’t want to work, they don’t know how to act and all of this became the blabbering from so many blacks who thought they had moved up.

You remember the Jefferson, “Moving On Up” sitcom.

So what happened next is that other people moved their businesses into these communities and started providing services and products to the people. As  this process expanded this new group of business owners began to take even more out of the communities, while blacks who had moved out felt vindicated.

Got out just in time!

This is our own mess, our own making that we can only blame ourselves for.  Those communities that we abandoned have found new investments from other people, and as a result of this, many houses that we had abandon are now selling for six figures, and other people have created a business climate that is thriving on the economics of people who stayed.

This could have been us!  But those of us who had moved up, instead of taking care of these communities and investing in them, we walked away and watch them decline to a rot. Now we sit and watch others come into these same communities and start the process of rebuilding them and building economic power.

Billions in real estate that we abandon and billions in businesses that we never started.

This is a quote that the people who attend church and church leaders should be well knowledgeable of, “God takes away from you, that which you don’t take care of”!

And this applies also to the secular world! 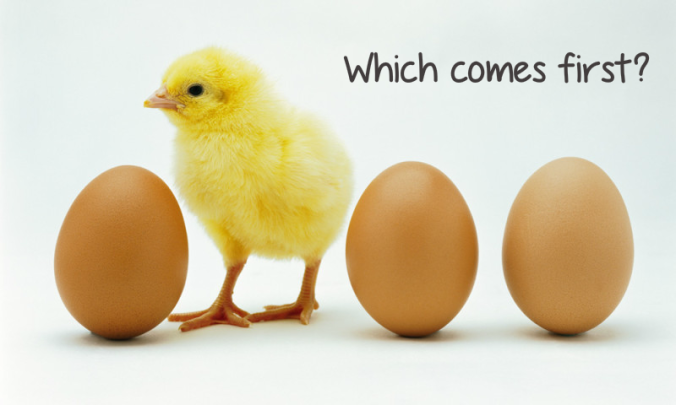 What I mean is that when it comes to creating the black businesses in our communities, what must come first, the businesses or the consumers. It’s a tough one to answer. Let’s think about it like this, if for some reason, you already have the egg, which would be the black consumers, then all you would have to do is wait until the egg hatch a chick, which would be black business and walla.

But it’s not that simple.

So should black entrepreneurs step up to the plate? Absolutely! The market is there but it’s spending billions somewhere else.

If you were to visit any major city area where the population is predominately black, you can be assured that the businesses in those communities are not owned by blacks.
So what do black consumers do?  They’re shopping in stores not only owned by whites, but Asian’s, Latinos, Russians and other immigrants who see the value in providing products and services to blacks, right in their neighborhood.

Now the question you have to ask yourself is why!

There could be a number of excuses, but none are a valid reason.

You see when you take a walk through any major corridor, what you’ll find is something that will make your stomach turn.  Businesses of all types operating at full throttle.  Grocery stores, franchise operations, auto part stores, hardware stores, vegetable stands, newsstands, fruit stands, clothing stores, pizza, Chinese and a list of others that are too many to mention raking in billions right up under the nose of black men.

Now this strange scenario is carried out in every major city, in every commercial corridor in every community occupied by blacks.

While this is going on, all you see is black men riding up and down these same corridors in luxury automobile, dressed cool, playing their music with no understanding that they’re looking like fools. All the people that own those stores are laughing how stupid they look.

Booker T Washington wrote in his book “Up From Slavery” that black people use to spend their entire week’s pay of $14.00 to rent a buggy to ride up and down the street on Sunday’s in their best wares looking to impress falsely .  He wrote this book in 1901, 115 years go. We’re doing the same things today and we actually expect to advance as a people.  Jessie Jackson, “keep hope alive” doesn’t work here or anywhere.

To aggravate this, we give churches billions every Sunday in these same communities and don’t own any real businesses in these communities.  I live in an area where one church on a Sunday takes in $175,000 and the church across the street takes in another $25,000 for a total of $200,000 and blacks don’t own one hot dog or taco stand in the main commercial corridors near the churches.

It’s white, Asians, Latinos, and Africans.  That’s right!  African men have come together and started the investment in one of the most lucrative franchise operations, Chick Fil A.  Where’s the black man, pulling up in his luxury automobile looking like a fool.

The plain reason why black men don’t invest and open up those businesses is because they don’t think they have any responsible for providing their communities with anything.  That’s another man’s responsibility, like White men, Asian men, Latino men and any other MAN.

And you have to ask yourself as I did at an African American Chambers of Commerce meeting, do black businesses support black businesses? The answer is no. They are business people but they are also consumers and I bet if you were to take a tally you will find that the bulk of the income that they bring in is spent with other people, not black businesses, especially those automobile and clothes that rule out the possibility of providing jobs.

So, Houston, we have a problem. How do we fix it?  Our future and the future of our children depends on it.

Another roost we don’t have any money

It is amazing how many people get on the bandwagon when the school budget is cut.  It is the teachers and educators who want to make sure they can keep their jobs and the parents who think that the cut will lead to their child not learning.  Absurd!

System Has Been Failing For Decades

It’s no surprise to anyone that the system had been failing Black children for decades. Every year since the 1960’s, the system has been failing.  In the mist of this failure, the school district budget goes up, teachers and administrators get raises, better health plans, and unbelievable pension plans.

And. what’s even more amazing is that they were able to accomplish this with thousands of Black teacher, principals, superintendents, administrators and Black public officials standing by watching.

A stronger thought is that they were complicit.

So, What Are My Thoughts?

Well, first the system was designed to fail Black kids.  Who want a bunch of Black kids becoming educated and competing with other kids for jobs.  Are you kidding?  A number of things were done to ensure black kids would not learn but could not learn.

Are you kidding me?.  If this was case then